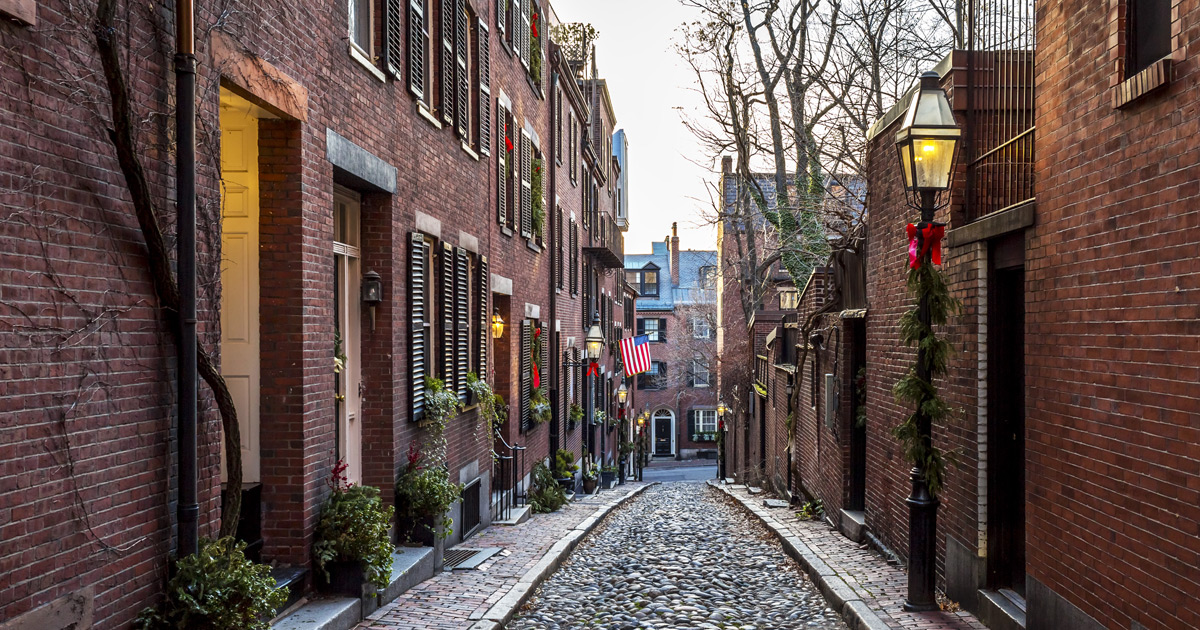 Fancy yourself a lover of landmark buildings, interesting backstories, and old traditions? You’ve come to the right place. Listed below are 10 destinations with some of the best and most historic downtowns in the country. Add these places to your travel itinerary and get ready to go back in time! 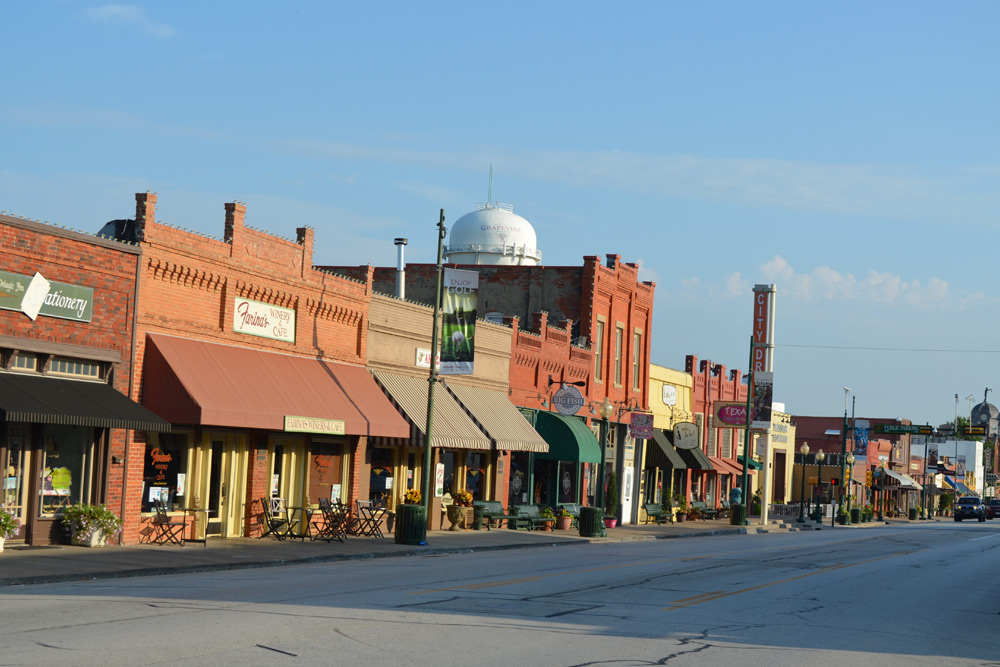 This city has grown a lot since people settled in the 1840s and named after the mustang grapes found in the area. However, Grapevine still holds onto its roots. The Grapevine Historic Main Street District reveals a city that cherishes its past. Take the Historic Downtown Walking Tour. Or hop aboard the Grapevine Vintage Railroad for a journey through time. When the sun sets, catch a flick at the 1940s-era Palace Theatre. The past is thriving in Grapevine though it is minutes DFW International airport. 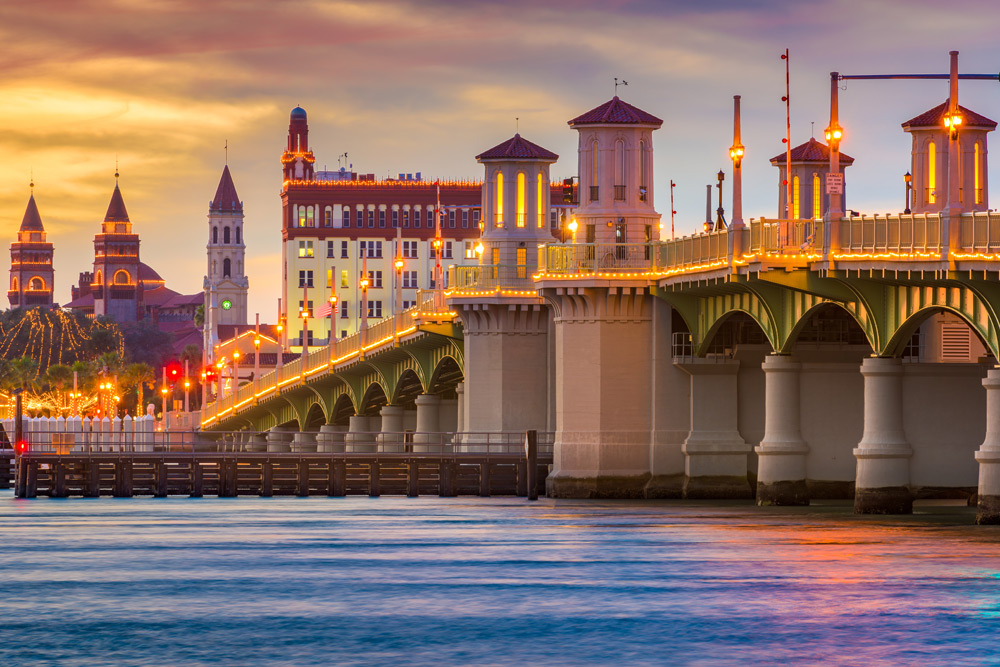 Established in 1565 by Spanish explorers, the city of St. Augustine is the oldest continuously inhabited European-founded settlement in the continental United States. Of course, they would have an unbelievable historic downtown! Book a stay at the Carriage Way Inn Bed & Breakfast and you’ll be close to all the great stuff in the historic district. Take a classic horse-drawn carriage tour with Country Carriages and then use your own two feet to walk around the Colonial Quarter. There are plenty of fine restaurants and antique shops that will keep you plenty busy. 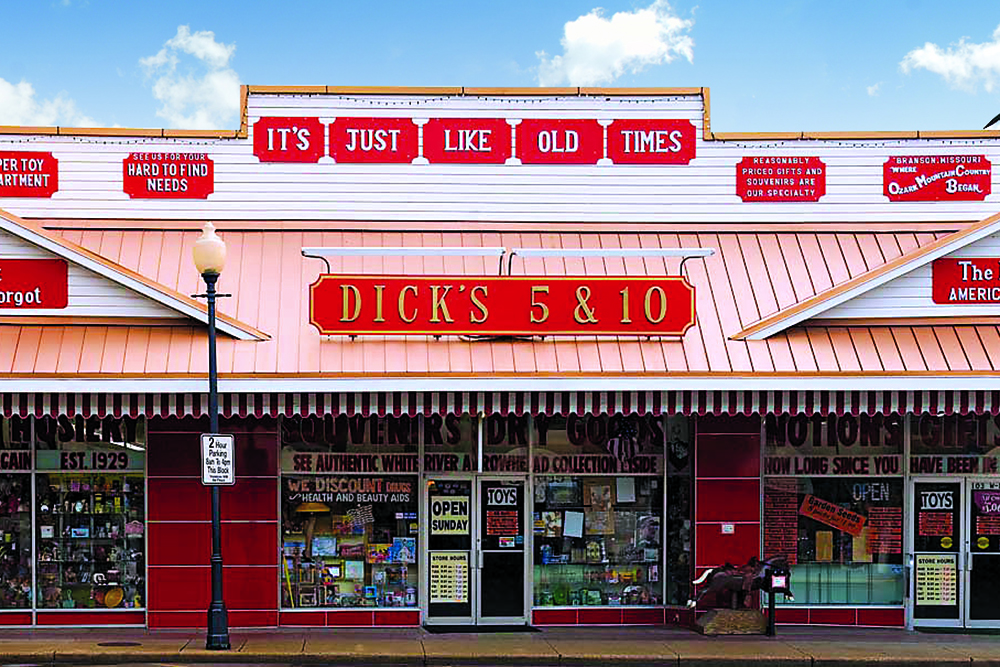 Nestled in the Ozark Mountains, Branson, Missouri, is a joyous little town that’s well worth a visit. Reserve a room at Branson’s oldest boutique hotel, the Branson Hotel, which was established in 1903. Located just off of Main Street in historic downtown Branson, this is a perfect place to make your home away from home. Wander down to Dick’s 5 & 10 and search for old relics like vintage diecast cars and your favorite candy from childhood.

When it comes to cities with incredible downtown districts, historic downtown Charleston is hard to beat. The city predates the Revolutionary War and many structures from days long ago still stand, such as the Nathaniel Russell House at 51 Meeting Street, which is consistently ranked as one of the country’s most important neoclassical homes. Got the itch to load up on souvenirs and local delicacies? Make your way to the Historic Charleston City Market at 188 Meeting Street. Since 1804, this massive, four-block market has been a must do for any visitor to Charleston. Be sure to pick up a Gullah sweetgrass basket—it’ll look great in your kitchen. 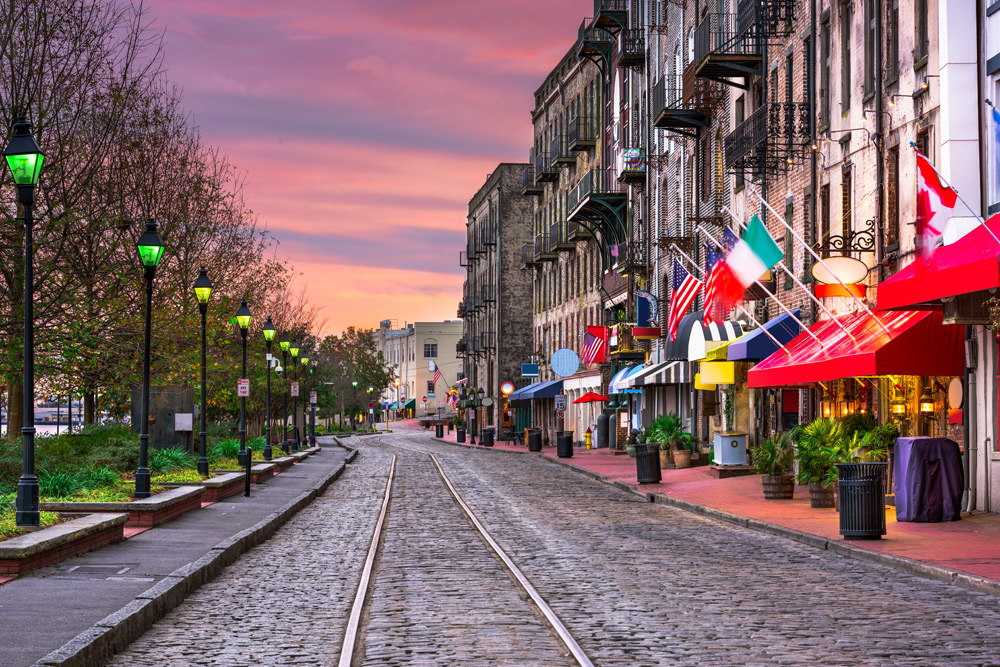 One of the country’s most beautiful and historic cities may also be one of the spookiest. If you don’t believe us, sign up for a ghost tour through Savannah’s historic district with Ghost and Gravestones. But don’t worry, if mixing it up with the undead isn’t for you, there are countless other activities. River Street is loaded with antique shops, art galleries, restaurants, and brew pubs. And before you leave, be sure to enjoy a picnic next to the fountain in Forsyth Park. Named after former Georgia Governor John Forsyth, this stunning open space is covered with massive Southern live oak trees creating a perfect setting for an afternoon picnic. 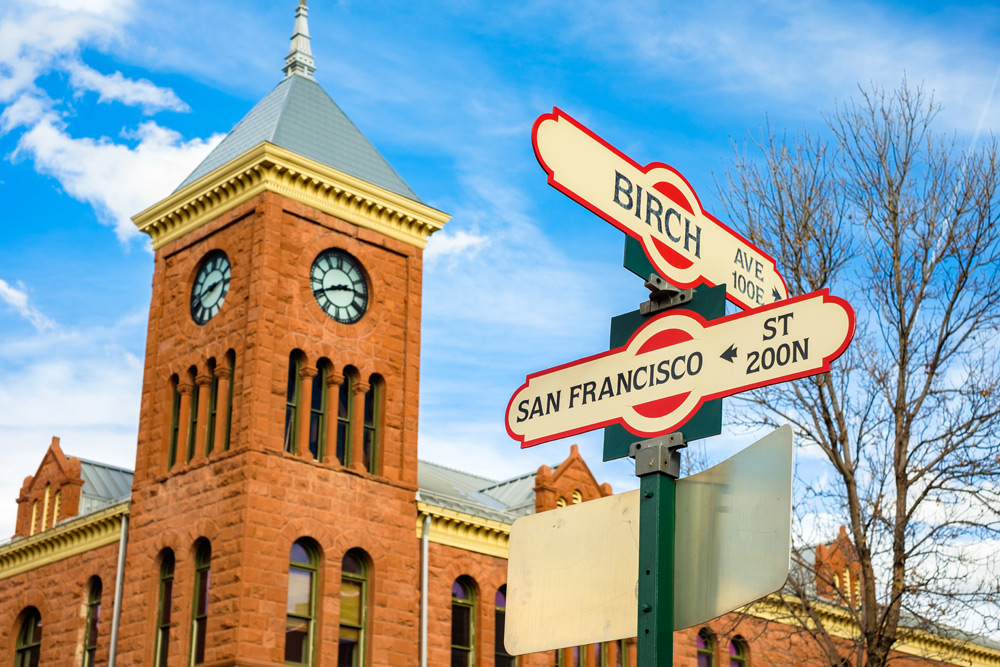 When you arrive in downtown Flagstaff, you’ll think you walked into an episode of “Deadwood,” especially after you check into your room at the haunted and historic Hotel Monte Vista. Don’t worry if you hear knocks on your door in the middle of the night, it’s just the phantom bellboy, but he’s harmless. Stick around the Cocktail Lounge, the first speakeasy in Flagstaff, and mingle with longtime locals and people just passing through like yourself. 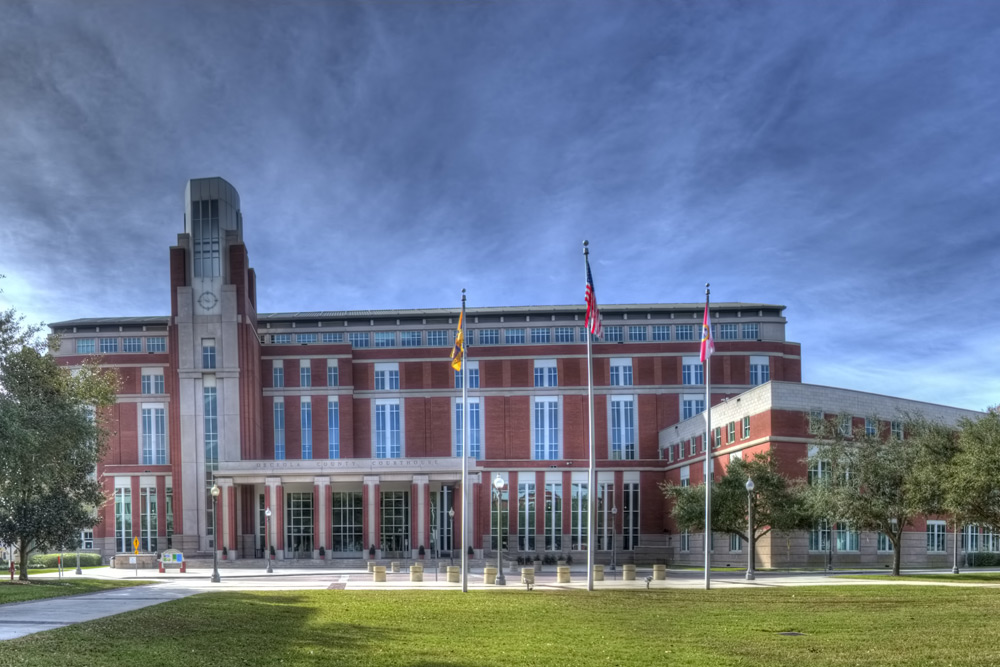 Antiques. Collectibles. Lanier’s Historic Downtown Marketplace in Kissimmee, Florida may be the perfect place. They sell just about everything from Victorian marble top dressers and mid-century furniture to classic china sets. However, Lanier’s isn’t the only place in town to step back in time. Pioneer Village at Shingle Creek has a 1800s replica train depot and a schoolhouse. History is definitely alive in this downtown. 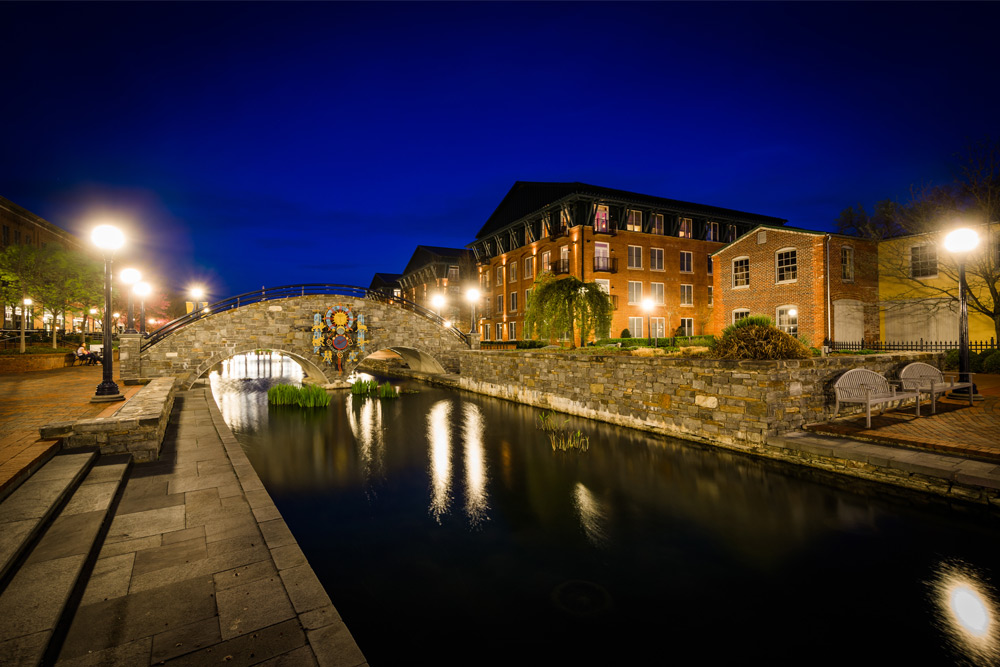 You’d expect any place that’s located an hour away from our nation’s capital to have a rich history. Frederick, Maryland, is no different. This city was in the hands of both sides during the Civil War. Frederick also hosted several hospitals for wounded soldiers. You can learn more about that subject at the National Civil War Museum of Medicine. When the craving for hot food and cold beer is too strong to ignore, make your way to Brewer’s Alley. This establishment is Frederick County’s original brewpub. The building has been in existence since 1769. It only took a couple of hundred years to start serving beer in it, but better late than never! 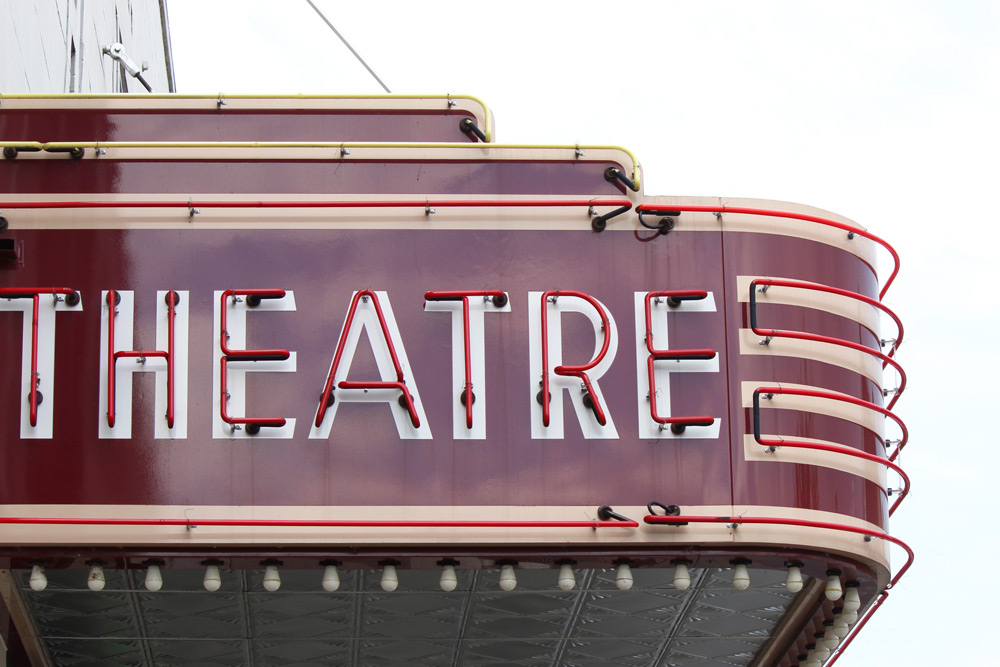 Downtown Franklin, Tennessee, is cute, chic, comfortable, and historic. How historic? The city was founded in 1799, named after Founding Father Benjamin Franklin, and has more than a few historic buildings related to the Civil War. Take a tour of the Carnton House or the Carter House and the surrounding battlefields. Feeling hungry? Go on a five-block Southern Food Tour. Sample Southern classics like biscuits and gravy, fried okra, and some local wine. Before you lay your head down at Rogers Homeport, see a country music performance at the Franklin Theatre. This historic destination takes its country music seriously. 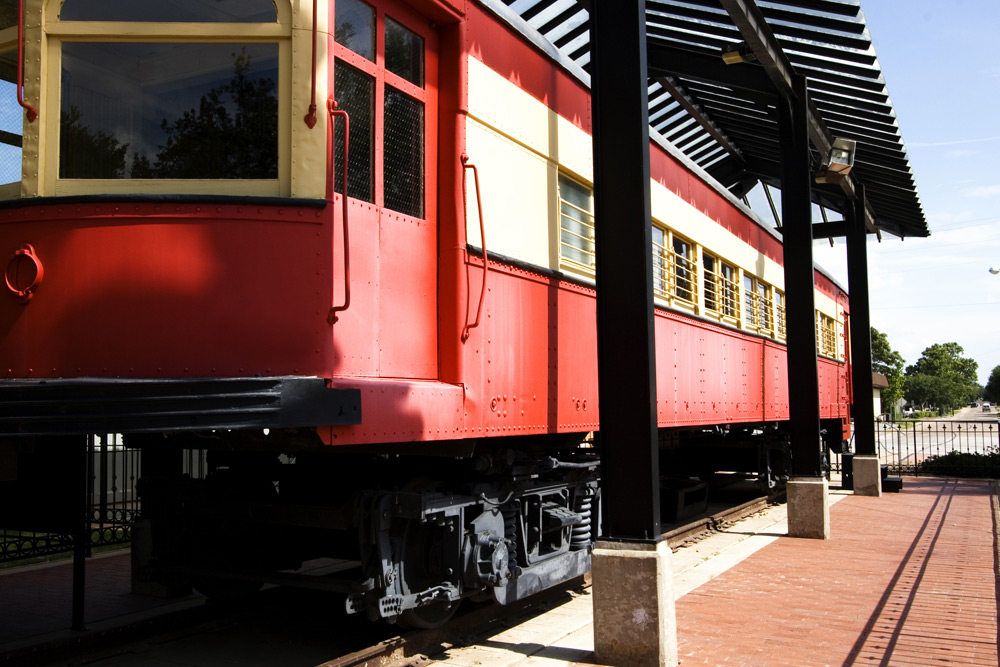 When this city was first settled in the early 1840s, Plano had nothing more than a sawmill, gristmill, and a small store. Today, it’s a bustling city with a population of over 200,000 and is home to more than a few major corporations, but its historic downtown has not forgotten its past. Check out the Interurban Railway Museum and treat yourself to a self-guided tour of Plano’s only free museum. The Vital to Victory exhibit about the influence of motorwomen in the rail industry is fantastic. End the day with a Historic Downtown Art & Wine Walk and you’ll be set. Honestly, what’s better than art and wine?

History has a place in the present and these 10 historic downtowns across America prove it to be true. Enjoy some of the best historical sites in the U.S. during your next trip.

Still can’t get enough history? Check out our 4 Destinations Perfect for History Buffs. 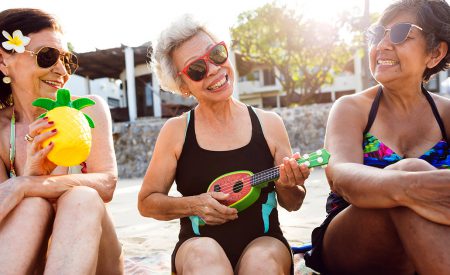 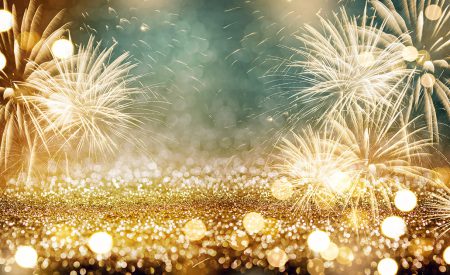