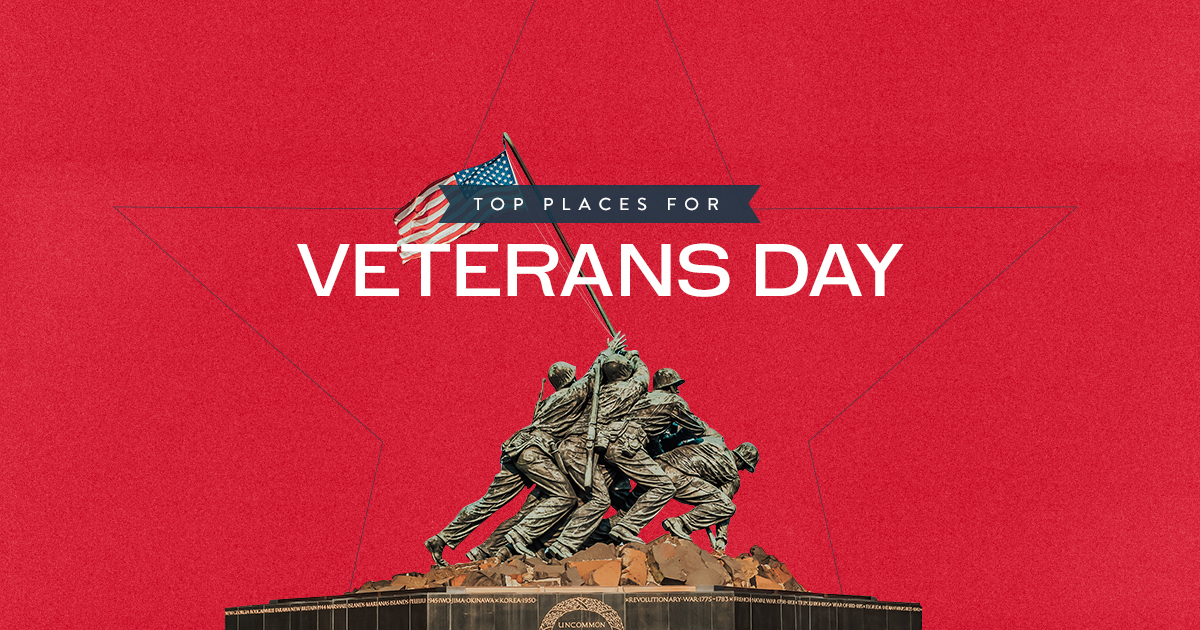 On Veterans Day, we honor and respect those who risked their lives for our country. Unlike Memorial Day, which celebrates those who paid the ultimate sacrifice, Veterans Day includes retired and active military members, too.

Although Veterans Day is not the only day we ought to give thanks to our military members, the holiday offers a special time for reflection. Many cities across the nation host Armistice Day celebrations and provide spaces to honors those who served. From massive parades in NYC to memorials in Waco, pay your respects at these destinations this Veterans Day. 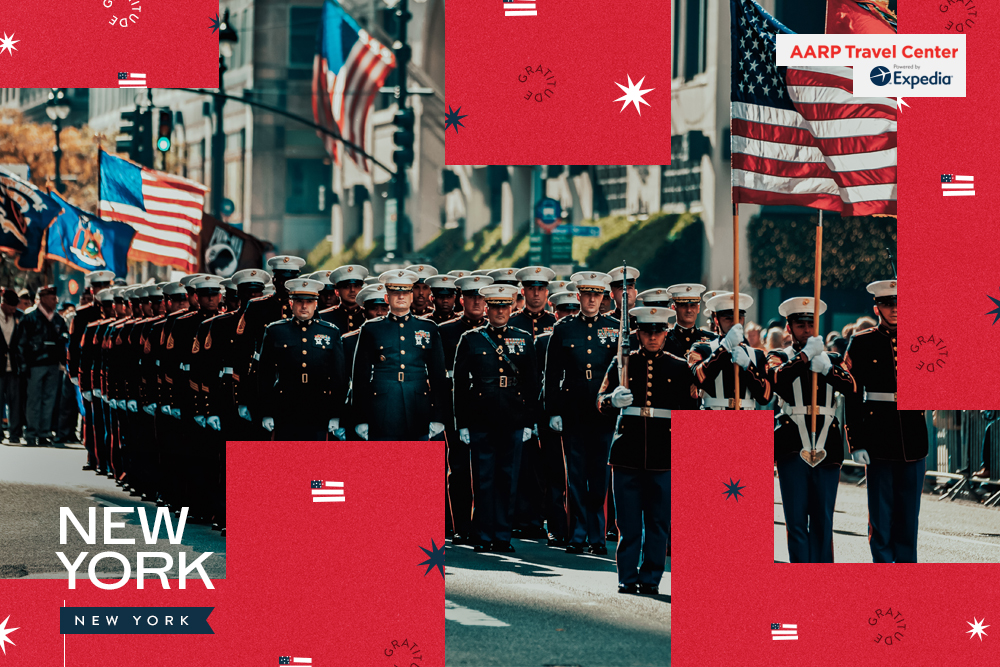 The New York City Veterans Day Parade is the largest parade of its kind in the country. This year, the parade will begin at 11a.m. on November 11. Also known as America’s Parade, the procession includes 300 marching elements. Veterans, marching bands, and military units join floats and vintage cars along Fifth Avenue. Prior to the start of the parade, there is an Opening Ceremony at Madison Square Park and a laying of wreaths at the Eternal Light Monument.

Check out the best hotels in New York City 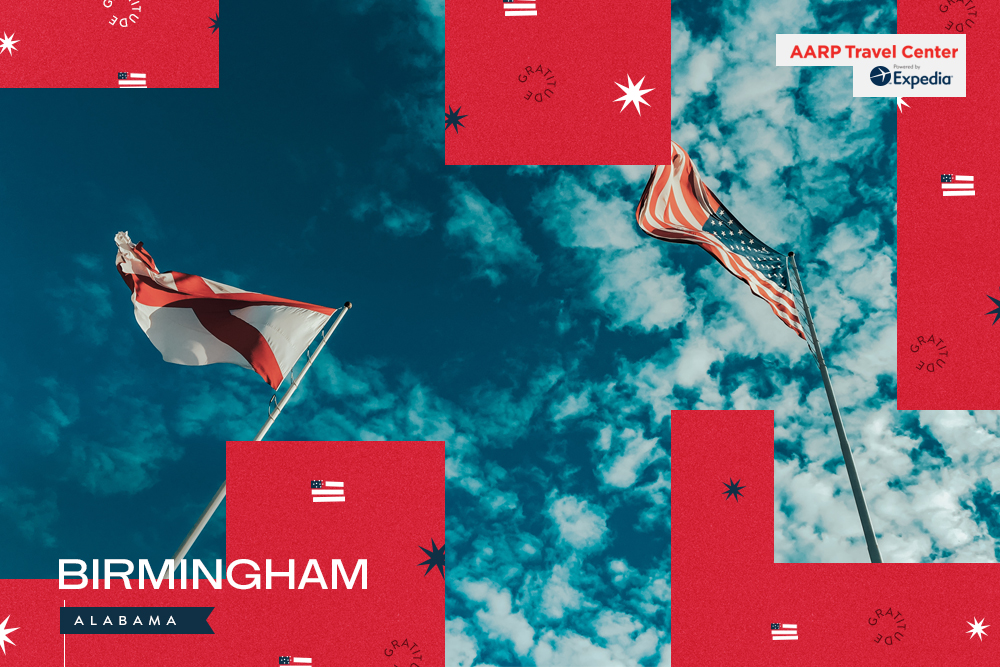 Birmingham lays claim to America’s first Veterans Day. In 1947, Raymond Weeks, a WWII vet from Alabama, urged Washington, D.C. to make Armistice Day a holiday that honors all veterans. His request was granted, and he became known as the Father of Veterans Day. In honor of Wells and the many vets before and after him, Birmingham hosts a National Veterans Day parade. This year, the parade will occur on November 11 at 1:30 p.m. The route will wrap around Railroad Park.

Aside from the parade, you’ll find other places to honor those who served. Make your way to Alabama Veterans Memorial Park. The park includes a memorial walkway and 36 Regiment of Columns, which displays the state’s Medal of Honor recipients. There’s also a Hall of Honor with the names of those who died serving during the 20th and 21st century wars.

Stay at one of the hotels in Birmingham, AL 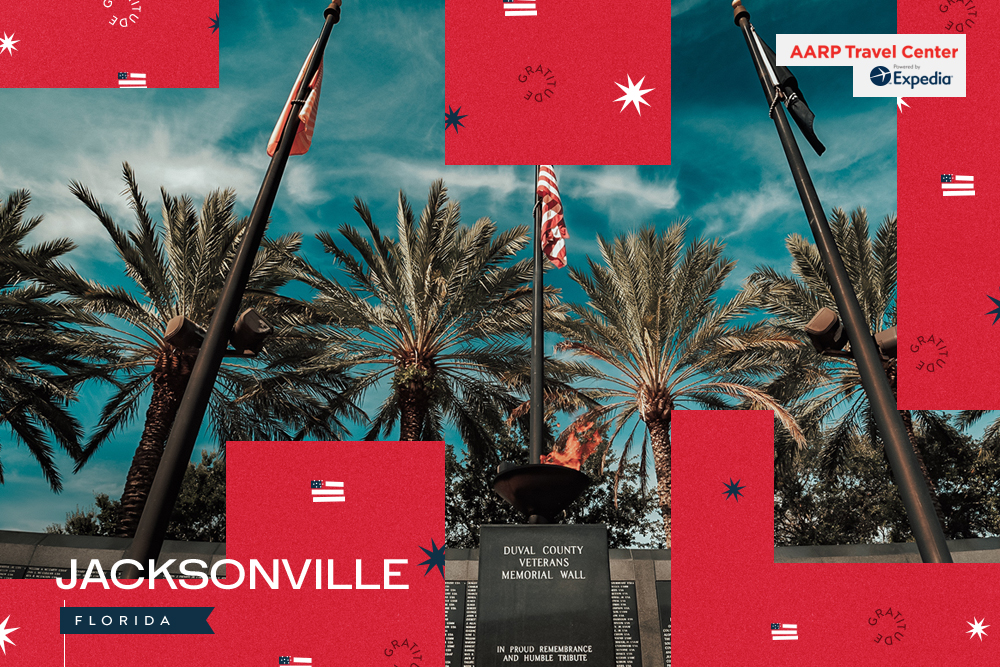 If you’re wondering when is the Veterans Day parade in Jacksonville, Florida, then mark your calendars for November 11 at 11:01 a.m. The patriotic parade features marching bands, floats, giant balloons, and more. Active-duty and retired military, veterans groups, and JROTC units will march along Bay Street in Downtown Jacksonville. Join the spectators and dress in red, white, and blue. Also, wave flags to honor those who served.

Visiting the Veterans Memorial Wall is another way to show your respect for those who served. Located in Downtown Jacksonville, this wall is the second largest memorial wall in the nation. It includes the names of 1,700 war veterans from the Jacksonville area. The wall covers veterans who served any time between WW1 and the War on Terror.

Browse the selection of hotels in Jacksonville, FL 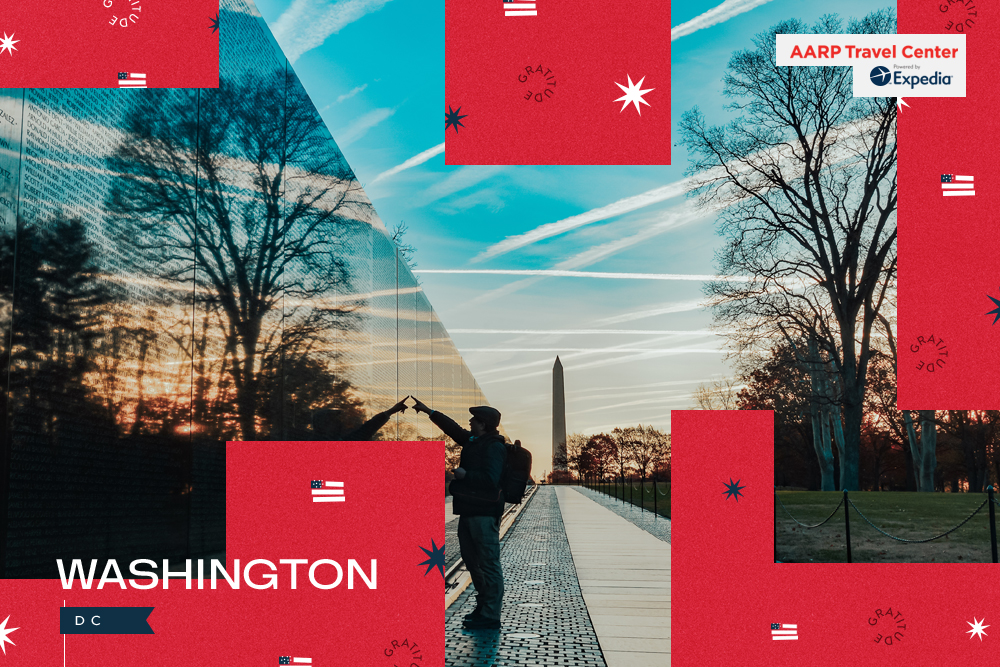 When it comes to Armistice Day celebrations, the nation’s capital is the place to be. Make your way to the Vietnam Veterans Memorial on November 11, at 1 p.m. for the annual Veterans Day Observance at the Wall. This powerful event includes a keynote speaker and a Vietnam women’s memorial speaker.

Aside from the organized Veterans Day celebration in Washington, D.C., you’ll find a number of places to celebrate war heroes around the District. Though some of memorials honor veterans who have already passed, rather than those still living, they are all equally powerful and important. Visit the Vietnam Women’s Memorial and spend time at the Korean War Veterans Memorial. There’s also the African American Civil War Memorial along with the American Veterans Disabled for Life Memorial.

Check out the selection of cheap hotels in Washington, D.C. 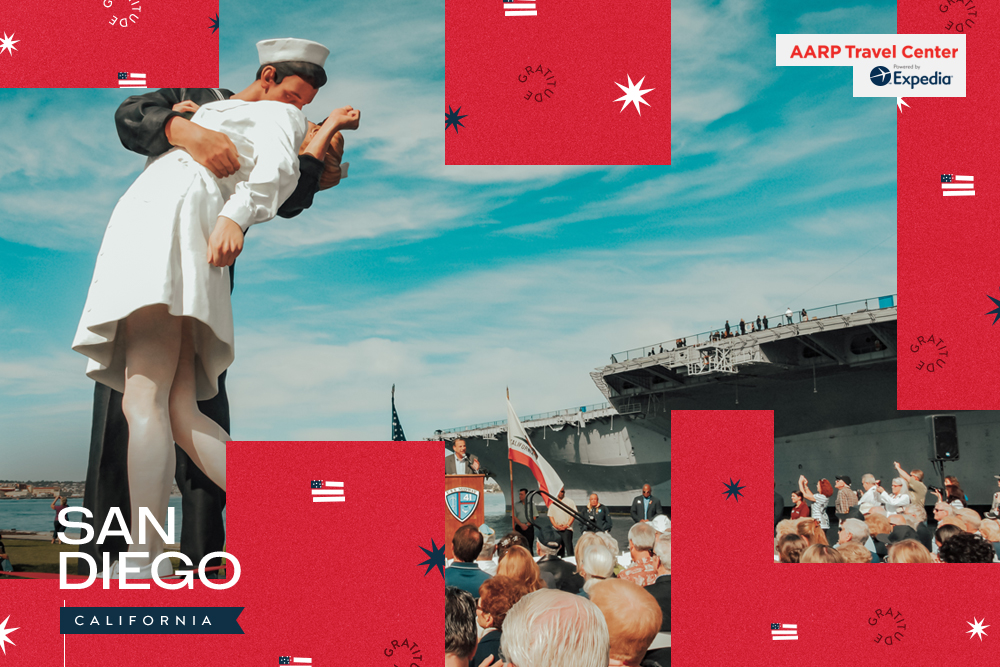 Photo via Port of San Diego/Flickr

San Diego hosts an impressive event to honor those who have served. Venture over to North Harbor Drive for the annual Veterans Memorial San Diego Day Parade. For the 33rd year, more than 4,000 veterans, civic groups, and active military members will march along the waterfront route. After cheering on the procession, make the short walk over to the USS Midway Museum for live entertainment and special activities on the flight deck.

If you’d rather skip the Veterans Day parade in San Diego, there are several other areas where you can give thanks. Visit the Mt Soledad National Veterans Memorial, which honors veterans spanning the Revolutionary Way to the War on Terror. The powerful memorial includes placards and images of those who served. Also pay a visit to the Veterans Museum and Memorial Center in Balboa Park. You’ll find other military-focused exhibits at the San Diego Air & Space Museum and the Flying Leatherneck Aviation Museum, too. 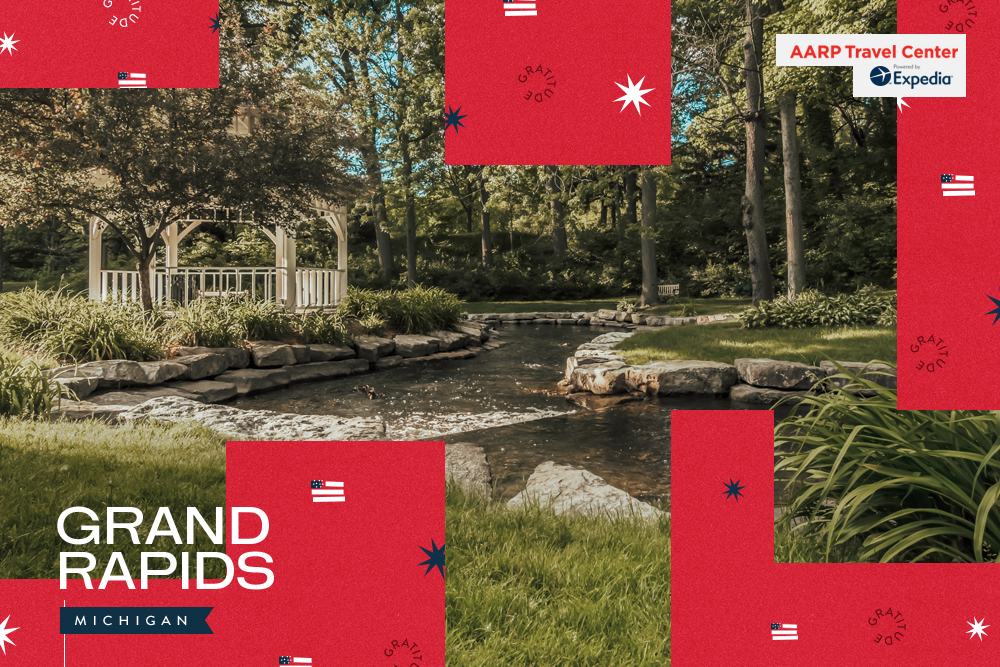 For a special experience, spend Veterans Day in Grand Rapids. This city hosts the annual Veterans Day Parade on November 11 at 7 p.m. The parade begins at the intersection of Monroe Avenue and Pearl Street down to Veterans Memorial Park. After the parade, the park will host a Ceremony of Remembrance.

Before or after the evening parade, find some quiet time in Veterans Memorial Park. The city dedicated the park in 1926 and the memorial pillars originally honored WWI veterans. Later, more pillars were added to celebrate WWII, Korean War, and Vietnam War vets.

Reserve one of the hotels in Grand Rapids, MI 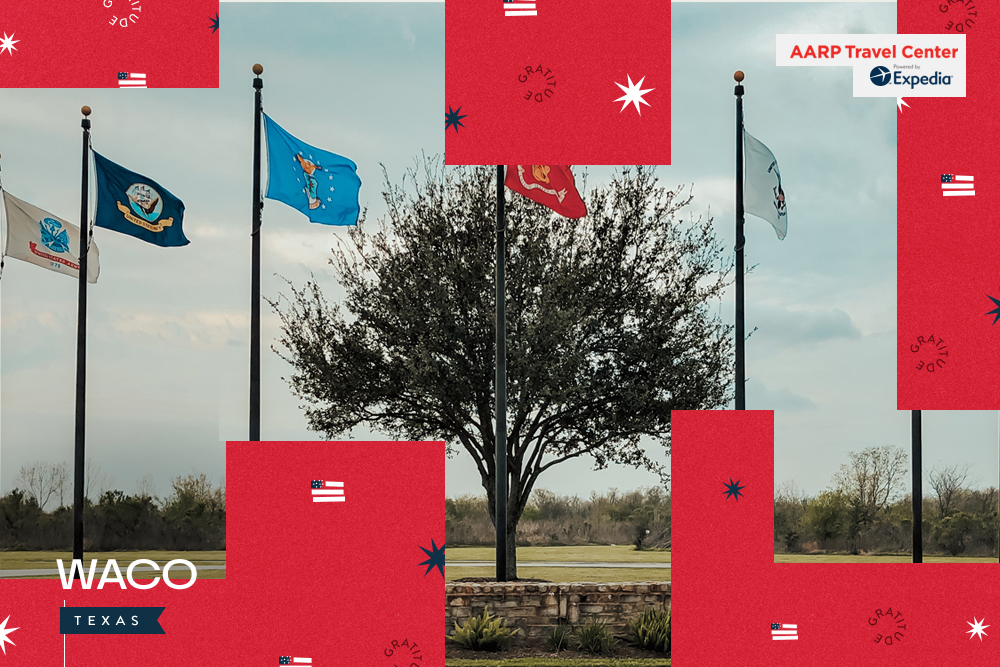 Waco celebrates this day with a Veterans Day Parade on November 11. The procession begins at 11 a.m. on Austin Avenue at 13thStreet and will make its way to 3rd street. Grab a seat in the bleachers and join in the celebration.

Prefer to reflect privately? Find some peace and quiet at the Vietnam Veterans Memorial along the Brazos River. A local veteran, Manuel Sustaita, who joined the Marine Corp in 1963, initiated the creation of the memorial. His vision became a reality and was dedicated in 2004. You’ll also find the recently installed Veterans of Foreign Wars Post 8564 and Phipps Memorial. One honors those lost in the Korean War, while the other honors those from the Gulf War, Iraq War, and Afghanistan War. 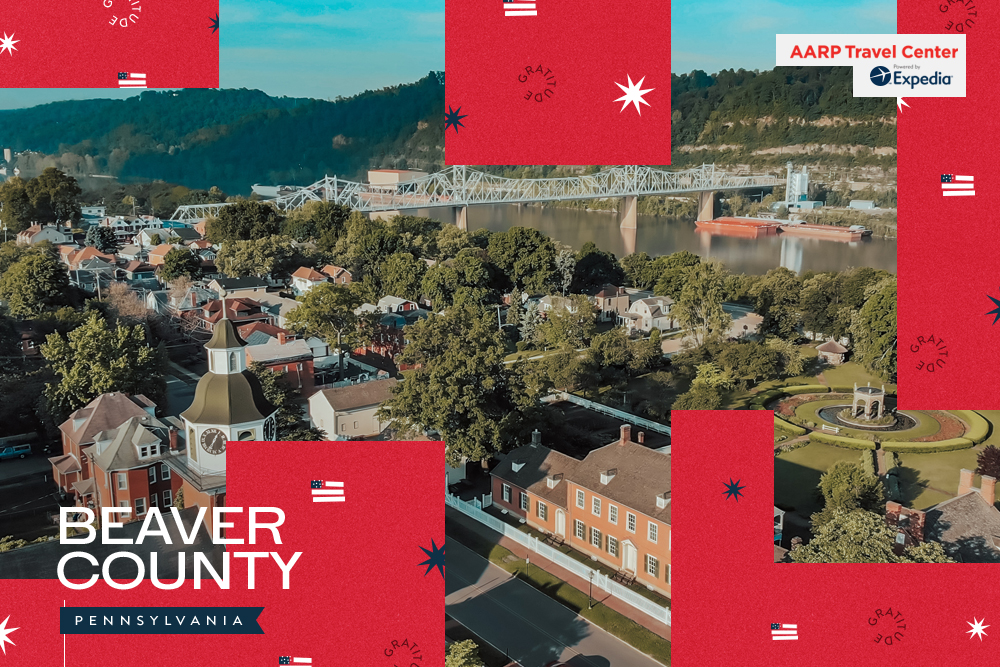 For a Veterans Day commemoration, head to Beaver. This year, the city is hosting its annual parade at 10:30 a.m. on November 11. Salute those who served as they march their way through Downtown Beaver Falls.

Another way to respect those who served is with a visit to the Brighton Township Veterans Memorial. Sit on the bench in front of the monument in a peaceful park setting. There’s another inviting park area at Big Beaver Borough’s Veterans Memorial, dedicated to local vets. While you’re here, take a drive across the new Veterans Memorial Bridge and look for the Veterans Monument, too.

Stay at the hotels in Beaver, PA 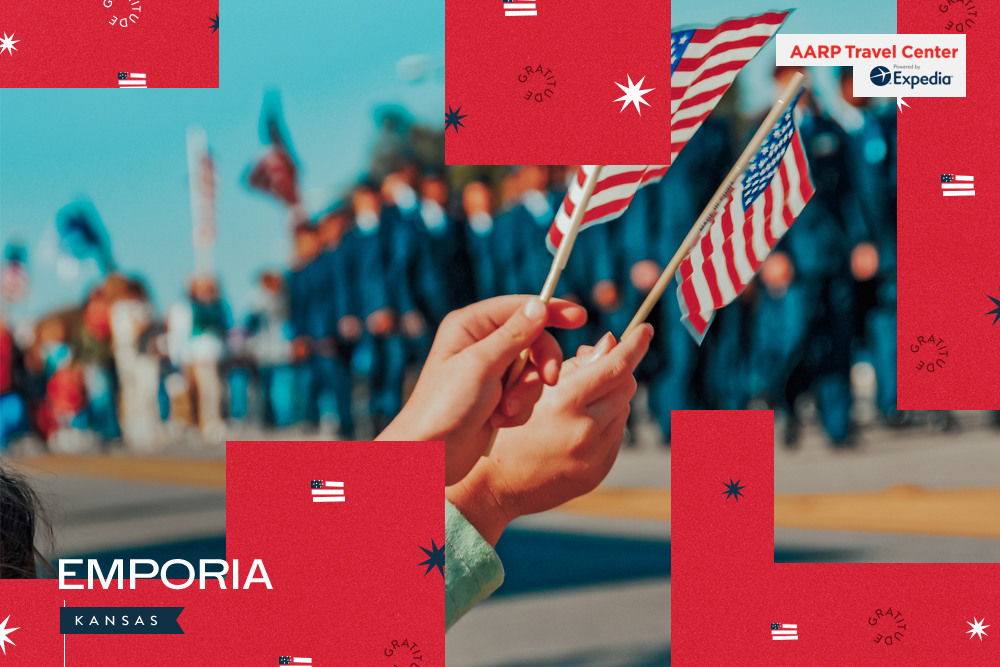 Outside of the scheduled events, take some time to explore the local monuments. All Veterans Memorial along the Cottonwood River celebrates veterans from the Civil War through the Gulf War. Here you can view a WWII tank and a Huey Helicopter, too. The city also has two Civil War Veterans Monuments, one in Fremont Park and the other in Maplewood & Memorial Law Cemeteries.

Other Destinations to Pay Your Respects: 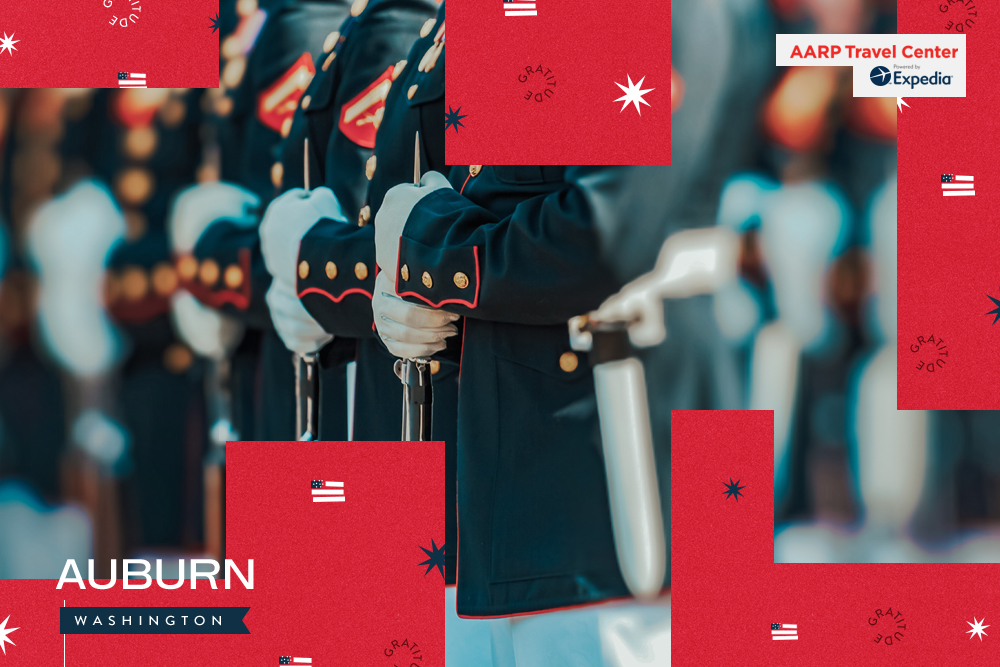 Come support the vets at the Veterans Day Parade in Auburn. The parade will begin at 10:50 a.m. at the corner of Lincoln Way and Cleveland Street with a special stop at Central Square for a rifle salute, flyover, and TAPS. The parade route ends at the Gold Country Fairgrounds. After the parade, there’s a luncheon at Armory Hall, followed by live music and exhibitions. 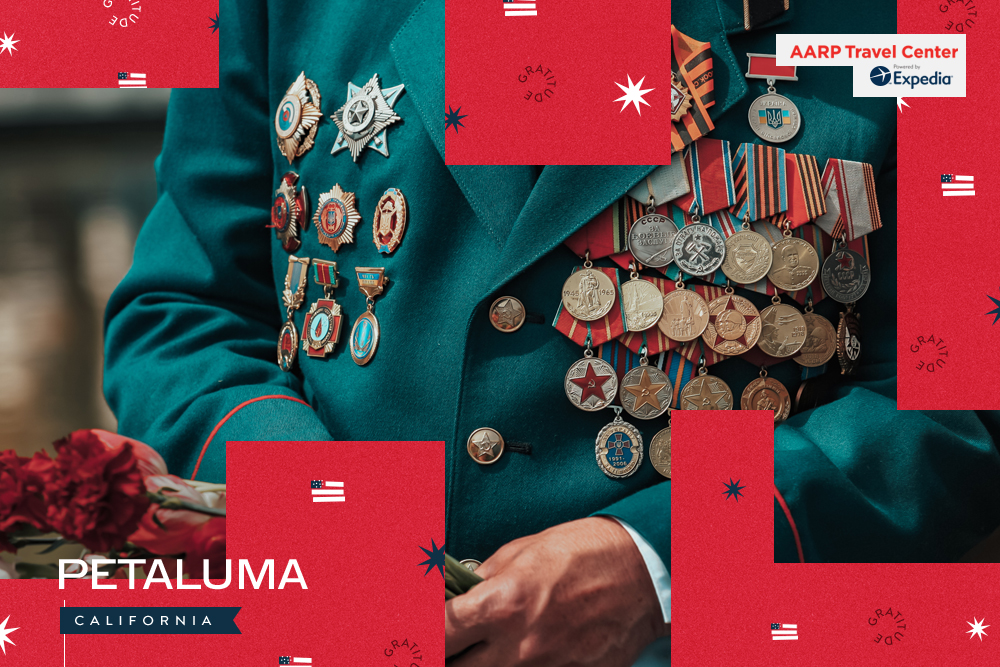 Petaluma puts on a patriotic Veterans Day Parade on November 11. At noon, live music will begin in Walnut Park. The parade starts at 1 p.m. and then speakers take the stage at 2:45 p.m. back at Walnut Park. Past parades have included helicopter flyovers, fire engines, and even horses. 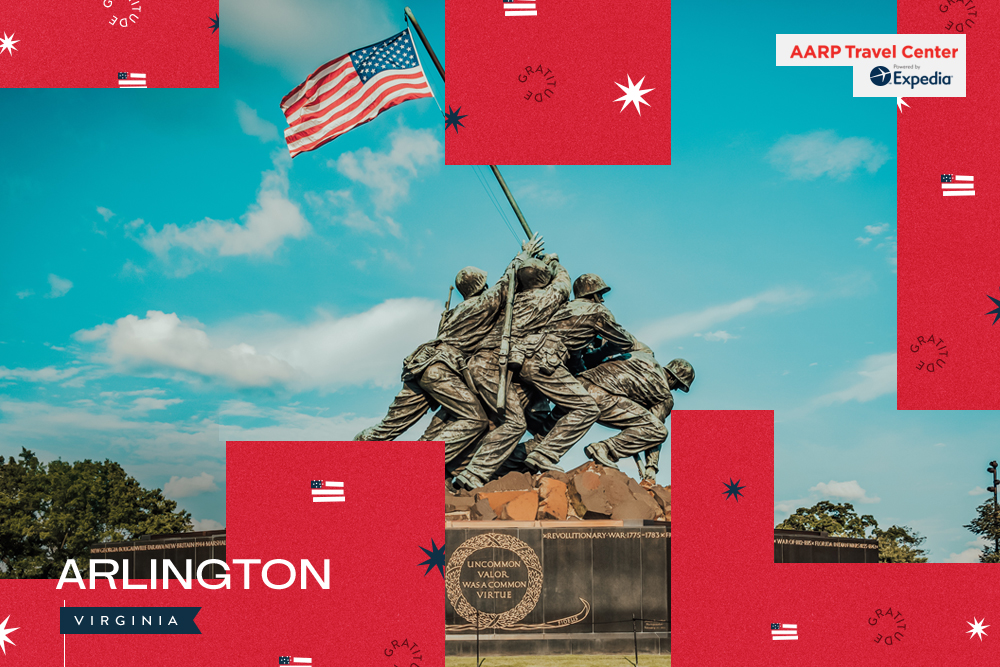 The US Marine Corps War Memorial is perhaps one of the most recognizable monuments in the country. This statue depicts a 1945 photograph of six Marines raising the American flag during the Battle of Iwo Jima. In fact, experts just recently identified one of the soldiers depicted in the statue, after a previous misidentification. Located in Arlington Ridge Park, the memorial honors those who lost their lives. Visit this powerful monument and support the troops both past and present.

Whether you’re looking to join an event, or you’d rather quietly reflect on your own, you will find plenty of places to honor those who served across the nation. 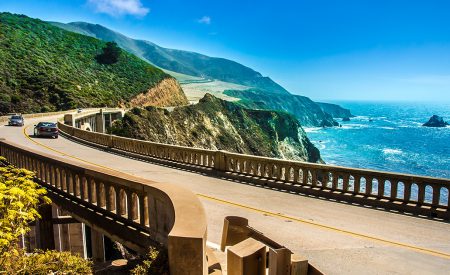 5 Themed Road Trips in the U.S. 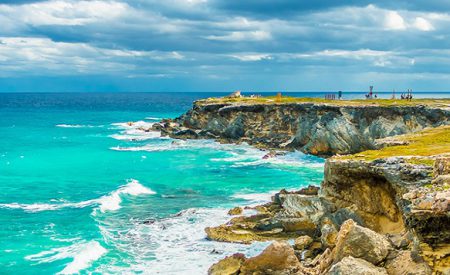